Hedgehog in the Fog

Hedgehog in the Fog is an international hit which has already been published in many languages (Japanese, Chinese, French and Korean, to name a few). This story is about the adventures of the philosophical little Hedgehog on his way to meet with his friend Bear. Along the way Hedgehog enters into a mysterious fog in which he encounters a horse, a dog, an owl, and a fish. The book is based on Francesca Yarbusova’s sketches to the award-winning animated film directed by Yuri Norstein. In 2003, an international film jury in Tokyo declared Hedgehog in the Fog to be the best animated film of all time. 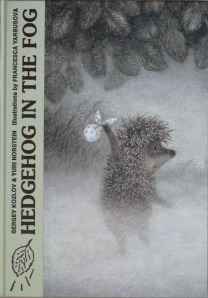 Hedgehog in the Fog book cover

The Fox and the Hare

The Fox and the Hare is a Russian folktale retold by Vladimir Dal. This book is based on Francesca Yarbusova’s sketches to the award-winning animated film directed by Yuri Norstein.

This simple story is about the insidious Fox who takes over the little Hare’s house. Who is going to help the poor Hare?

The Fox & the Hare book cover

Mishmash is the poem for little children about a funny mix-up that happened
among the animals. 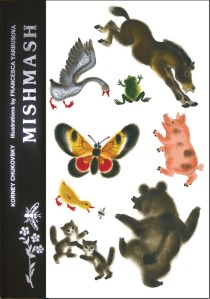 The Silly Parade and Other Topsy-Turvy Poems

In this book, you will find nursery rhymes that are based on traditional Russian songs and folk poetry. These funny and charming poems are brilliantly translated by Anne Dwyer and illustrated by award-winning artist Nikolai Popov. This book is the perfect way to introduce children to the pleasures of poetry as it teaches them language, sounds, rhyme and rhythm. This book won a Silver Medal at the 2018 Independent Publisher Book Awards in the CHILDREN’S PICTURE BOOKS for ALL AGES category. 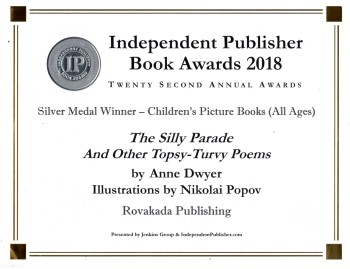 You can read more about the art of Yuri Norstein and Francesca Yarbusova on their website www.norsteinstudio.com